Starter Steps in Case Anyone in Washington Is Interested in Fixing Our Broken Political System, by Neil Patel 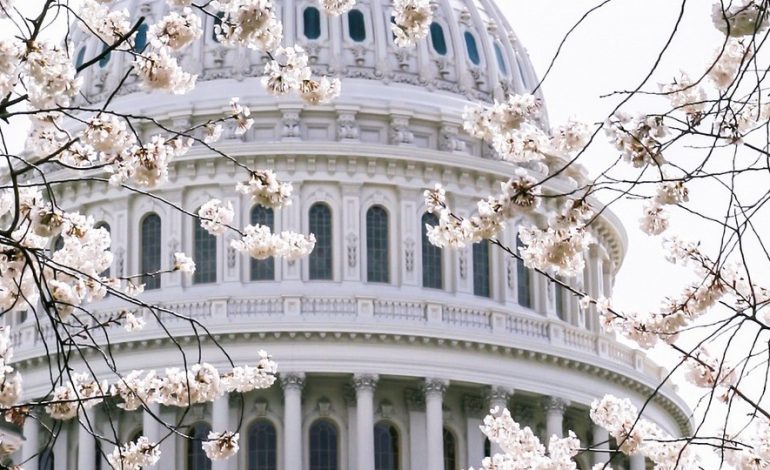 One of the biggest reasons American politics have turned upside down over the past few years is growing numbers of Americans do not think leaders represent their interests. That simple sentiment underlies nearly every recent problem in American politics. Yet for some reason, almost nobody has engaged in the process of figuring out how this happened and how to fix it.

It’s hard to trust elected representatives if you think they are in it to line their own pockets. Voters also don’t trust politicians who seem to prioritize foreign interests or special interests over their own well-being. Those are precisely the sentiments many voters feel today.

It has now been over six years since America’s political class was put on clear notice that their voters are not happy. During those six years, almost zero effort has been expended to understand why voters are so frustrated and turned off. It’s much easier for a politician to bemoan the state of the country than look inwardly at a system in clear need of reform. Go to any dinner party or any after-work trade association get-together in Washington, D.C., and you will hear a lot of complaining about the political system breaking down — which it has. What you are unlikely to hear, however, is much introspection or proposed solutions. Trust in government continues to plummet year over year, to previously unimaginable depths, and those in power still refuse to look for solutions. Until they do, the system will not heal. If they are ever interested in starting, here’s a good starting place.

No. 1: The culture of Washington.

The days of the citizen legislator are certainly gone. George Washington, John Adams and Thomas Jefferson famously served the country and then left politics to go back to their farms. Many civic-minded leaders since did stints in Washington as part of their broader business, military or other careers. Today’s leaders do stints in Washington to make inroads with the corporate lobbying community. Their time in Congress is, in essence, a tryout for a career in corporate influence. This may sound overheated, but the numbers tell the story. Departing members of Congress are now more likely to go into the lucrative corporate influence field than not. Over 50% of those leaving Congress take this route.

With a highly regulated economy, there is nothing wrong with corporations hiring people to protect their interests. There is something wrong with a system where the majority of elected representatives go into this line of work.

It begs some obvious questions: Who do these people represent when they are in Congress? When the interests of their constituents conflict with the interests of their potential future corporate employers, which side are they on? Many Republicans ignore this inherent tension because they believe that what is good for corporate America is good for America. With many big businesses more focused on growing profits in China or other overseas markets than with their legacy American businesses, those days, if they ever existed, are clearly over. The interests do not necessarily align. Anyone who has driven through the thousands of once-thriving American communities decimated over the past 20-30 years of record corporate profits knows this is the case. And if it is in fact the case, then there is a huge problem when the majority in Congress are really trying out for jobs lobbying for big international businesses.

If those in Congress began to really address this issue, complicated as it is, they would be taking the first step to rebuild lost trust.

In a representative democracy, the politicians are supposed to represent the interests of their constituents. Many voters are not confident this is happening. Upper-echelon Americans have thrived under America’s trade, immigration and economic policies. The donor class gets things done. Others feel left out of the process. Wall Street and multinational American corporations in particular have thrived by fueling the rise of a newly assertive China and its fast-growing economy. Whether those policies have benefited average Americans is much more in question.

Voters also worry that their leaders are not focused enough on truly American interests. There are legitimate humanitarian concerns around the world. Those concerns should be taken into account when leaders consider things like immigration and foreign policy. Most voters would agree. The problem is many voters see their elected officials as even more concerned about these sorts of matters than they are with their own interests. They see their communities stagnating (or worse) and worry that opportunities are shrinking.

America has benefited immensely from immigration, but America cannot continue as a stable country with a wide-open border. The country is headed for a debt crisis, yet the idea of asking other countries to pay for the benefits Washington bestows on them seems foreign to American leaders.

This was not always the case. America has no closer ally than England. Yet in the early 1940s, when England was in its greatest time of need and reached out to America for help, that help was not structured as a giveaway funded by American taxpayers. It was structured as a loan to be paid back by a fellow wealthy country.

Many Americans are convinced that their politicians no longer care about such trivial matters. They spend American taxpayer dollars around the world for many goals that do not directly benefit Americans (or that benefit others even more than they do Americans), and they don’t seem to even consider being paid back. Why should American taxpayers foot the bill for the security of other rich countries? Why should America unilaterally take down its fossil fuel industry in the name of climate change only to allow China and India to pick up the slack? Are Chinese coal emissions better for the climate than American natural gas emissions? These are reasonable questions many Americans are asking. They don’t find many politicians vigorously taking up this mantle.

American citizens would like American interests to be weighed more heavily in these decisions. That doesn’t seem like a lot to ask.