The First Step to Pulling America Out of Its Tailspin, by Neil Patel 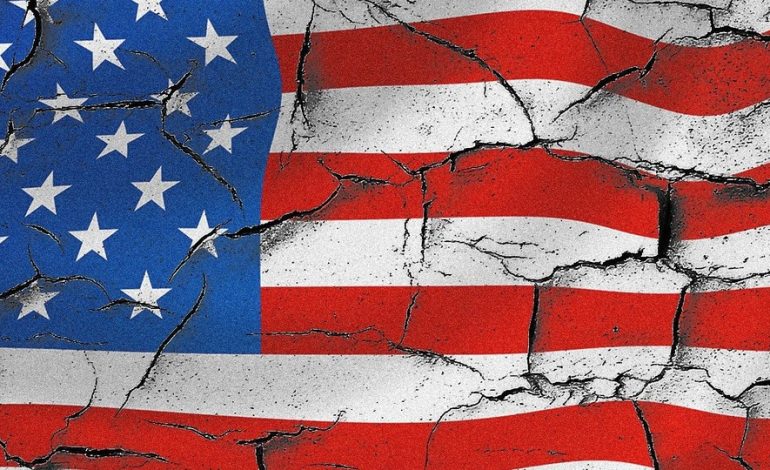 The bad news for America keeps coming in, fast and heavy. The current and future challenges are lining up at a truly unprecedented rate. To say they look scary would be a huge understatement. America’s future is on the line. Unless the country starts healing, that future looks bleak.

In the near term, on the economic front alone, there is inflation, recession and the potential for the dreaded stagflation of the 1970s (continued inflation coupled with unemployment/recession). On top of this is an energy security crisis with the potential for supply shortages and even blackouts, almost all self-inflicted and driven by an overaggressive transition from fossil fuels to renewable energy before the technology was ready. On immigration, America’s border problem has grown to a full-blown crisis with millions of people flowing across annually (the U.S. government has no idea how many million). In addition to migrants, those crossing the border include dangerous people and drug smugglers illegally importing deadly drugs like fentanyl that are ravaging American communities. As if all of that were not enough, on the national security front, for the first time in history, an official nuclear power state is openly threatening nuclear war.

Even if America were to somehow deal with all these near-term crises, none of which we are even close to addressing, the long-term challenges don’t ease. If anything, they get worse. For starters, America’s turn as the world’s only superpower looks like it may be shorter than anyone had anticipated. An increasingly assertive, and increasingly belligerent, China is looking to displace or at least join the U.S. as a world power. China is not acting alone. They are being helped in that quest by many of America’s leading companies.

Finally, but perhaps most importantly, America is walking right into a debt crisis. The new numbers just came out, and they are horrifying. Data just released by the U.S. Treasury shows national debt passing $31 trillion for the first time in history. This debt crisis is a bipartisan failure, built up over decades, but the pace at which the debt is currently growing is staggering. In the last five years alone, America added a whopping $10 trillion to the national debt. The last two years alone are responsible for nearly $6 trillion in total debt. That growth rate is unprecedented and completely unsustainable. The numbers are too big to comprehend so look at it on a per capita basis. The debt is now $93,000 for every single citizen and nearly $250,000 for every taxpayer.

If all this isn’t scary enough, three factors make the debt numbers even more depressing. First, America hasn’t gotten much for all this spending. Unlike China’s infrastructure explosion or its famous “belt and road” investments to increase its foreign power, America’s spending binge has been accompanied by a near complete punting on its real long-term challenges. Second, and most daunting, America’s looming entitlement crisis is approaching. Zero effort has been made and zero dollars have been spent on managing this catastrophe. America’s elderly and sick have been promised entitlements that the country will have no money to afford. This problem is no longer 50 years out. It’s approaching fast. Fixing it will cost even more money. And finally, the current debt burden is about to rapidly accelerate due to the huge increase in debt service interest rates caused by the Federal Reserve’s tightening. Even with slower spending growth, the interest payments are about to explode.

With all of these challenges, there is no solution that will be politically viable unless the American people regain trust in their national leaders and institutions. Everyone bemoans the lack of national trust, but nobody to date has made much effort to win it back. Without trust, politics break down. To take just one example, the Food and Drug Administration lost the trust of millions of Americans by allowing pharmaceutical companies to sell opioids on a previously unimaginable scale by claiming a novel and now largely repudiated reduced risk of addiction. As with most national institutions that have failed in recent years, the FDA has felt no need to explain its role in this debacle, one that left hundreds of thousands of Americans dead. Each of these victims had families. Millions were affected. All these people are fixated on the FDA’s corruption.

At the onset of COVID, all this was ignored. Yet somehow national leaders were surprised that so many Americans did not trust the FDA when it came to vaccines. That trust was broken years ago. Trust in the FDA was broken due to a perceived or real undue corporate influence on the FDA process. Top FDA officials repeatedly go to pharmaceutical companies to get rich when they leave government service. The FDA official who signed off on the bogus and deadly claim that time-released opioids were less addictive ended up at Purdue Pharma, the maker of those opioids. Rather than address this abuse head on and institute reforms, the agency has largely glossed it over. That’s been the model for all broken American institutions. That model does not work.

Unless America’s leaders and America’s leading institutions address the trust issue head on, the country will be paralyzed in dealing with all the mounting challenges. The FDA is just one glaring example. It applies across the board. Trust is treated as an abstract or even immaterial matter in America’s national discourse. Everyone acknowledges the breakdown, but nobody has come up with a solution. Nobody has even tried. Trust must be earned. Until it is, there will be no progress. Given the challenges that are here today and those coming tomorrow, all this must change if America is going to have a chance.