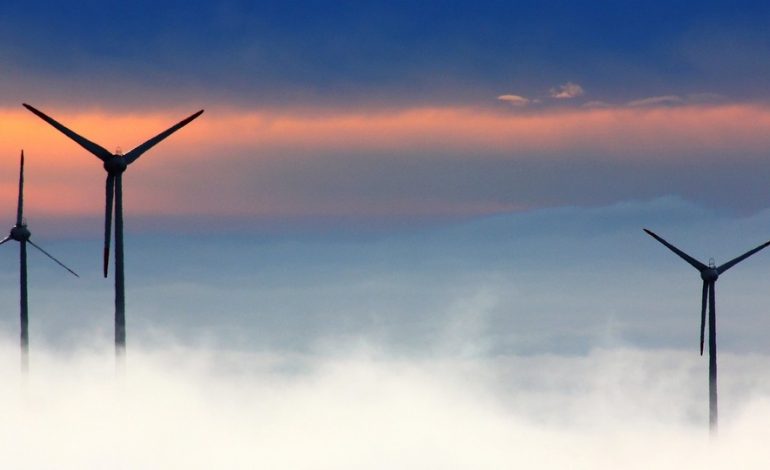 If forced to pick one main reason the Democrats are going to get routed in a month, I’d go with their crazy energy policies. In no other area is the link between their radical policies and people’s real lives as directly connected and easy to understand.

Crime is close, but the crime boom is mostly happening in deeply blue cities. Law-abiding members of these communities are certainly rethinking politics. Many of them are minorities. Many Hispanic, Asian and Black Americans are repulsed by much of the university-driven radical woke agenda being pushed on them in democratic cities. They see the results daily. Their pushback in places like San Francisco and Seattle offers reason for hope for normal people everywhere, but it will take time and won’t move the needle in a huge way this election cycle.

Energy affects everyone. People fill up their cars and notice. People pay heating bills and notice. And it’s hard for normal people not to put at least some of the blame for the sky-high energy costs at the feet of the Democratic Party. Democrats, including President Joe Biden, campaigned on “getting rid” of fossil fuels. They implemented many policies aimed at doing just that. Perhaps most importantly, they strongly support so-called environmental, social and governance, or ESG, investment standards to choke off fossil fuel investments. All of this has contributed to higher energy costs and will continue doing so in the future.

People also notice the national security side. It’s not as politically potent as pocketbook issues, but — shocker — Americans like a strong America. The fracking boom helped America become a net energy exporter for the first time in decades. Energy is a weapon as much as it’s a commodity. It always has been. He who holds the gas has a lot of strategic power. America held the gas, but the Democrats decided to give it away. This has empowered the Saudis, Russia, China and others. America could today be exporting liquid natural gas to Europe. The Democrats have done all they can to slow up that potential. By doing that, they have undercut America’s power and handed power straight to Russia. I’m not pretending every voter has studied this. But I am positive that most have a sense something’s not right.

Democrats voluntarily gave away this enormous American power. Normal people don’t like that.

If energy does end up helping Republicans get back to power, they are going to have to come up with their own policies going forward. There’s a huge sentiment on the right to oppose renewable energy altogether as if it’s some sort of left-wing trap. This is the sort of tribal thinking dominant in America today, and it’s moronic.

The reality is that as far as energy policy goes, you would have to be a total idiot not to favor cleaner renewable energy if all other factors were even. If you’re old enough to remember the 1970s smog or you travel enough to see the pollution in India and China, you know that cleaner energy is clearly better. Some conservatives think the left is being overly alarmist about climate change. Others point out that our best option for climate change is to grow our economy as strong as possible and count on man’s ability to innovate and adapt to deal with problems down the road as technology improves. For any of these camps, however, cleaner energy should still be viewed as better if all other factors were equal. There are too many other benefits.

The problem, of course, is all other factors are not equal. Clean energy technology cannot compete evenly with fossil fuels on a global or even national scale. The technology is not there yet. The main drawback is the battery technology. Wind turbines and solar arrays work great when there’s wind and sun. Guess what happens to a windmill when there’s no wind or to a solar panel when there’s no sun? Yes, no energy. The only way around this is massive battery storage capacity. There is no such technology available today at any price point that’s even remotely affordable.

Given all this, the Democrats’ energy policy is essentially based on a hope that raising fossil fuel costs will incentivize more renewable energy investment and innovation. If that happens, then over time, the cost gap between renewables and fossil fuels will narrow. That’s already happened a bunch. It’s not a totally crazy idea. Incentives work. If there’s more money to be made in renewables, more investment will go in. Over time, innovation should lower the costs. The problem is we are not there yet.

Not only is cost still an issue, but due to today’s battery technology problem, without fossil fuels, people will literally not have enough energy. That’s what happened in California this summer when the governor had to beg residents to turn off their air conditioners to avoid blackouts. That happened in America in 2022.

The reality Democrats need to understand is fossil fuels could be here for years or even decades to come. There is no magic. Democrats can incentivize renewables and battery technology all they want, and there’s still some chance scientists just can’t get there any time soon. Clean and safe nuclear fusion technology has been a goal for over 70 years now. Researchers have spent billions on it. There is still no solution on the horizon. The same could prove true with the battery issue. There’s a chance it doesn’t pan out at scale in a way that’s remotely economical, at least not for decades.

The reality for conservatives is renewable and nuclear technologies are improving and costs are dropping. Innovation is working. That’s a great thing. Be for all of it, as long as it’s done in a way that doesn’t harm hard-working Americans. That’s the winning strategy.