The Misinformation Police Are Coming for You, by Neil Patel 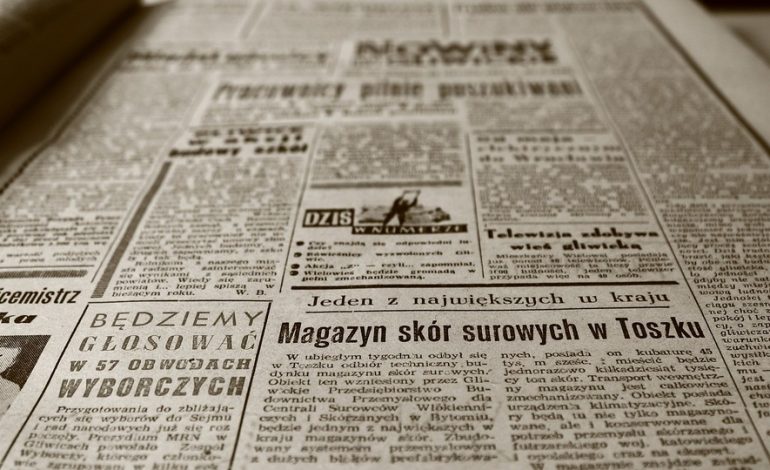 The latest data seems to show voters may be breaking for Republicans in next week’s midterm elections. That’s good news for them in the short term. In the bigger picture, if that happens, everyone better buckle up. The left and their media and tech partners are going to have a fit.

If Democrats lose broadly in the election, their first move should be to look inward. Their policy choices have contributed to historically high and destructive inflation. By showering the country with too much COVID relief spending and pressuring the Federal Reserve to keep interest rates too low for too long, they helped drive up prices across the board. Their anti-fossil fuel agenda also helped push up energy prices. These choices hit every American budget. Certainly, there were factors at play out of any politician’s control, but major glaring policy mistakes played a part. Voters know it, and they seem eager to make the perpetrators pay a political price.

Democrats have also turned off many normal Americans by failing to stand up to the most radical elements in their own party. Taking down the border control policies of the prior administration without a competent replacement plan in place contributed to the growing border crisis. Democrats’ efforts to deflect political blame have failed largely because many Democrats expressly called for decriminalizing illegal border crossings in the nationally televised presidential debates. Throw in radical policies on education and criminal justice and it would be hard for any political group to turn off voters this much if they tried. The results have been devastating. Republicans are outraged, but so are millions of other voters. Most crushing is the huge loss of support for Democrats among their fast-growing and vital Hispanic base.

Rather than wrestle with these self-inflicted mistakes, many Democrats and their media allies are going to be looking for scapegoats. The first will be the American people themselves. There’s a growing sentiment on the left that the people have let down the country. According to this worldview, Republicans are now a threat to democracy. The events of Jan. 6 are just a precursor for what could be coming. President Joe Biden is set to give a national address making this very point. According to this mindset, the midterms are too important to worry about regular Americans’ family budgets, about jobs, or even about crime and physical security. Voting, the story goes, is about the future of democracy itself. The story, of course, ignores all the Republican politicians and Republican-appointed judges who steered America through its most recent election controversies.

The same mindset has convinced many Democrats that something as benign as requiring an ID to vote is another Jim Crow. Voting Republican just because you think they may better manage the economy is, according to this growing worldview, essentially a selfish act. More than selfish though, this sort of behavior can only be explained by a breakdown in the system. The system must be reformed, they will say. The reform they will push hardest is an increased crackdown on misinformation. Once you have deluded yourself into believing all these things, and a massive number of Democrats, media and tech figures definitely have, then it’s easy to conclude that misinformation must be the cause of all the problems. If people had good information, they would agree with us. If people don’t agree with us, they have to be misinformed.

So where is all this headed? We can look to the last presidential election for one sign. When the Hunter Biden laptop story broke, it was viewed as a threat. Emails on the laptop showed a series of shady business dealings, and they contained hints that Joe Biden himself may have had some involvement. The reaction was swift and brutal for anyone interested in free speech or fair elections. The story was censored.

The predicate for censorship was an allegation that the entire story was likely Russian disinformation. A cavalcade of former intelligence and law enforcement luminaries signed onto the effort to give it credibility. Law enforcement officials used this argument to pressure Big Tech companies. The story was banned altogether on Twitter and buried by the Facebook algorithm. All this was done despite the lack of any actual evidence of Russian manipulation. All this was done despite the fact that anyone who wanted to could have authenticated the contents of the laptop within hours using the available digital evidence. Our news company, The Daily Caller News Foundation, did just that at the time. The Washington Post used the same technique to come to the same conclusion. The only difference was they waited 17 months to do it well after the election and well after the analysis would have been relevant.

When you’re fighting not just to win an election but to save democracy itself, it’s easy to rationalize almost any restriction. This is how well-meaning people spiral into committing horrible acts. In that regard, there are growing signs that the laptop saga may have just been a precursor of what’s to come. According to news reports, the FBI agent who pushed to suppress the legitimate laptop story is now advising the Biden administration on actions to address misinformation. It would be hard to make up something that insane.

What sort of actions are we talking about? We can look to Brazil for one scary sign. Like ours, Brazil’s constitution prohibits government censorship. However, in the name of fighting misinformation, Brazil’s election board pushed their media to censor stories in their recently concluded election. Some stories were cut-and-dried, like the false claim by the winning left-wing party that Brazil’s populist conservative president was a cannibal. However, as with all issues of free speech, things quickly became more complicated. The election tribunal even pressured news companies and tech platforms to restrict stories about the winning left-wing candidate’s prior conviction for corruption. Those stories were true.

Every authoritarian knows that the power to control information is paramount. The laptop story proves that the misinformation claim was already used in America for partisan purposes. The Brazil example shows these are not theoretical concerns. If next week’s American election goes as expected, watch out for the misinformation police.